Various catalysts are used for crude oil purification, and most of them are supplied by foreign countries. ECOPROHN is developing catalysts for the refining process with its independent technology and is also developing a technology for recovering all the valuable metals (e.g., molybdenum, vanadium, nickel, cobalt, aluminum, etc.) from spent catalysts used for heavy oil desulfurization that come in large quantities in the refining process. The recovered molybdenum and vanadium can be used as materials for producing catalysts for manufacturing processes, while nickel and cobalt can be used to produce cathodes materials for lithium-ion secondary cells. To prepare for the future hydrogen era, it also develops natural gas reforming reactors and reforming catalysts that produce hydrogen by reacting natural gas and water . By using economical, high-efficiency reforming reactors and catalysts, hydrogen can be supplied to fuel cells for buildings and power generation. Also, it is expected to be used for hydrogen refueling stations (HRS) for hydrogen fuel cell vehicles in the future. 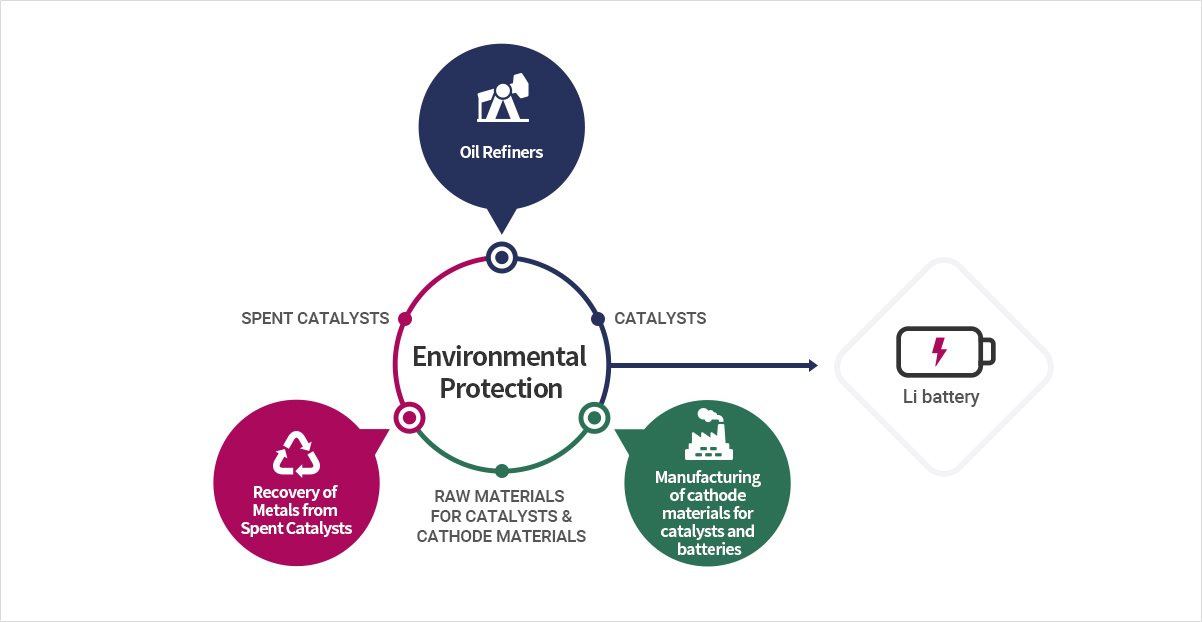